One of the challenges of many real estate projects has been and remains that of access roads and the ways in which their construction and subsequent use may be legally transposed in the relation with the public authorities. Although they represent a constant requirement for any good real estate development, these aspects do not benefit from specific legal provisions, thus often depending on the creativity or interpretation of lawyers, but also on the availability of public authorities to find practical solutions in the absence of clear provisions in the legislation.

The scenario we are facing is usually the following: the investor wants to carry out a new project (retail, offices, residential, logistics, etc., any new project requiring access to the public road consistent to the volume of traffic it will generate) and, to do this, it must build the access road either on its land (which could also involve widening the public road with deceleration/acceleration lanes and/or a possible roundabout) or on the land of the local public authority (e.g. on a former exploitation road in the case of land in the extended built-up area).

However, the current legal provisions do not offer the investor a solution to ensure that, upon completion of works, the access road becomes a public road or, in the second case, to build on the town hall land. The discussion is based on the often willingness of investors to bear all costs for the construction of the access road, because they would not be otherwise able to develop their project from an urbanism point of view or to commercialize it in a satisfactory manner.

Roads built on the investor’s land

For a long period of time, the most common option for roads built on the investor’s land was that of donating the road to the local town hall after completion of construction works. However, since this requires both the approval of the donation through local council decision and the execution of the donation agreement (or acceptance of the donation) by the mayor, in many cases offers for road donation made by investors have not come to be actually accepted by the local authorities.

With a note that, in the case of donations to the state (e.g. in the case of roundabouts built on a National Road), the donation should be approved through a government decision.

An alternative mechanism proposed after the entry into force of the New Civil Code was the waiver by the investor of its ownership right in favour of the local authority through an authentic statement registered with the Land Book Office. However, neither this option automatically entails the transfer of the road to the local authority and its conversion into a public road, since the acquisition of ownership remains an option of the authority and a decision of the local council is needed to such end.

In absence of a viable option for giving the road a public road regime, some investors have decided to keep the ownership over the road (as well as its administration and maintenance) and assign it a private utility road regime open to public circulation.

Under this scenario, one of the mechanisms applied in practice is the conclusion of a joint-venture agreement between the local authority and the private investor under which the latter builds the entire road at its costs, and when the works are completed, the town hall makes the necessary formalities classifying the road as a public road. In an informal language, the investor “donates” the construction works and construction costs.

These joint-venture agreements do not benefit from a special legal framework and have been based on some general provisions of the Local Public Administration Law which do not expressly indicate that they may be applied also for the construction of public roads. Under these circumstances, some of the parties concerned (either investors or authorities) may be reluctant about the appropriateness of those joint-ventures, although on the merits in most cases the conclusion of those joint-venture agreements does not conceal anything unlawful or in bad faith and are based solely on the intention to legally regulate the construction of a public road on the costs of a private investor.

Under these circumstances, it is necessary for a special normative act to be enacted detailing the conditions under which investors may build such roads, at their cost, in a transparent, legal, and beneficial manner for both the private investor and the local community.

Until then, we welcome the initiative taken by some local authorities like the Cluj-Napoca City Council which regulated such scenarios through local council decisions – concerning, for example, the conditions under which private utility roads can be acquired by the city hall, becoming public roads. 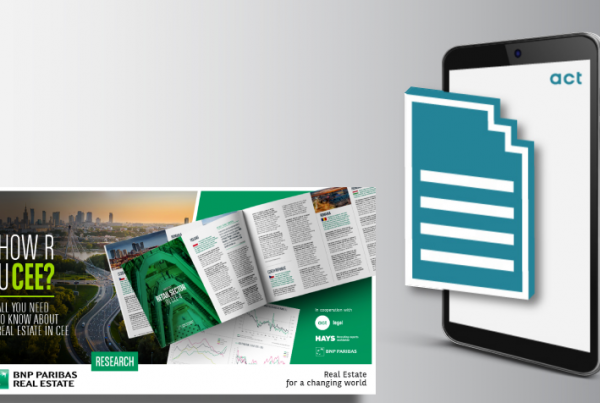 How R U CEE? All you need to know about real estate in CEE