Press enter to begin your search

By Botezatu Estrade Partners2020-03-23 No Comments

The state of emergency decree includes the following measures regarding the criminal proceedings:

1. Criminal investigation activity (including the activity of the judge for rights and freedoms) will be performed only regarding the cases indicated in the decree and the cases considered urgent by the prosecutor. Specifically, the following cases are concerned:

2. The activity in the preliminary chamber and court trial shall be suspended during the state of emergency, except for:

3. Criminal liability statute of limitations is suspended during the state of emergency:

5. Time limits for communication of rulings, for submitting a complaint and ruling regarding such complaints (other than those provided at point 1 above) are interrupted. Time limits for submitting appeals in criminal cases (except for the cases tired in accordance with the Decree) are interrupted. Once the state of emergency ends, a new time limit of the same duration will commence.

6. The hearing of individuals deprived of their liberty shall be made through videoconference.

7. Public tenders for sale of the movable assets seized in the criminal proceedings are suspended.

8. Within 10 days as of the end of the state of emergency, the judge / court will take measures for setting the hearing dates and for performing procedural activities.

The Decree also provides measures regarding the enforcement of the punishments and deprivation and non-deprivation of liberty measures, some activities related to their enforcement being suspended during the state of emergency. Also, exercising certain rights of the incarcerated or arrested individuals was suspended, while the time for telephone and online conversations was correspondingly increased. 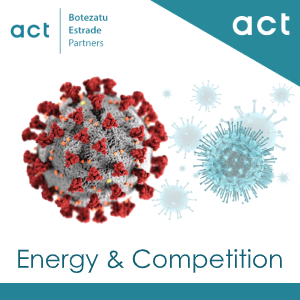 Price capping and ongoing agreements in the context of Coronavirus Pandemic 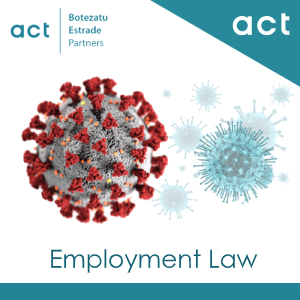 Amendments to GEO no. 30/2020 on technical unemployment measures during the state of emergency 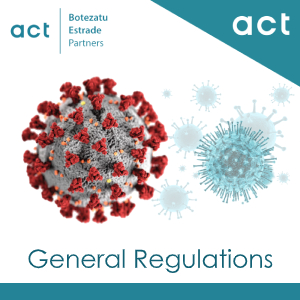 Prohibitions and restrictions imposed by the authorities under Military Ordinance no. 3/24.03.2020 in order to restrain the fast spreading of coronavirus disease among population